Belmont Stakes is the oldest and longest legs of the Triple Crown™ races which are made up of The Kentucky Derby®, Preakness Stakes along with Belmont Stakes. Originating in 1867, it has been held at various racetracks during its time but is currently held at Belmont Park in Elmont, New York. The race is held every year in early June and is the final leg of the Triple Crown making it one of the most exciting races.

Belmont Stakes is also referred to as the “Test of the Champion” due to the fact that it is longer than the other races. It separates the good from the great and those who break records on this track are among the best horses in history.

As we count down the days to the 150th Anniversary of the Belmont Stakes, we are looking back at the monumental years in Belmont Stakes history. 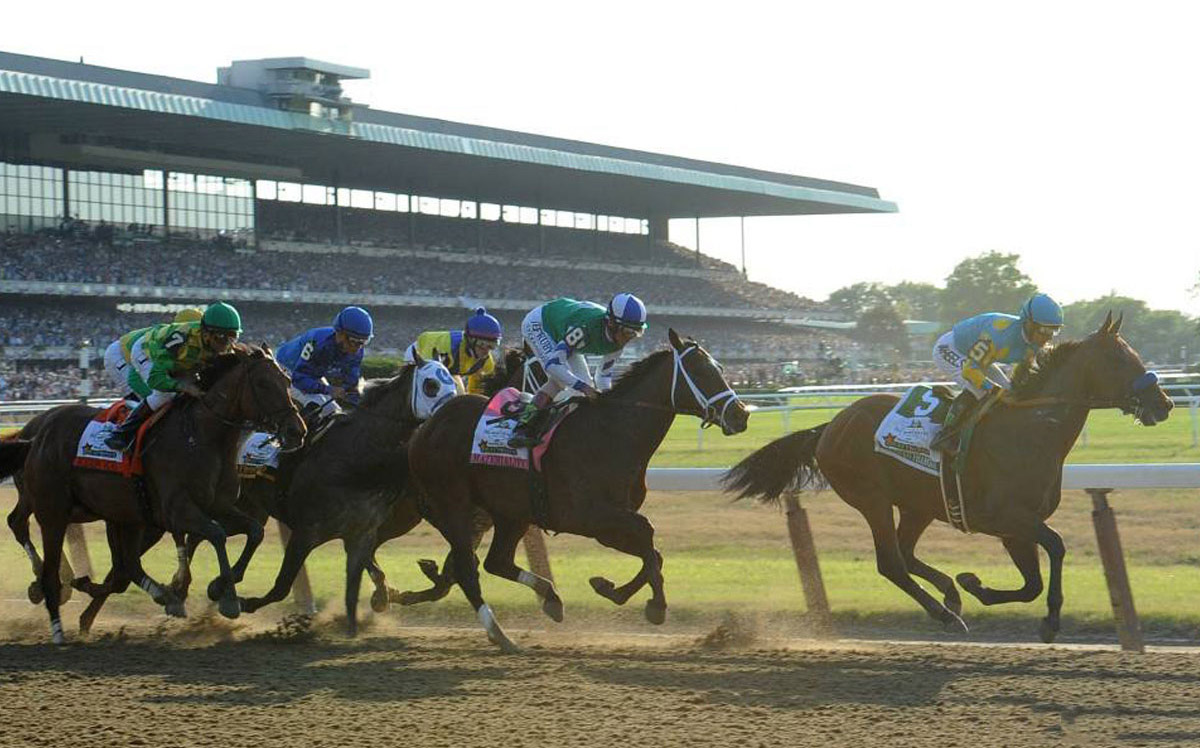 The inaugural race was held at Jerome Park, which served as the venue for Belmont Stakes until 1889. Ruthless, a horse who was enshrined in the National Museum of Racing and Hall of Game was the first ever winner of the Belmont Stakes. She is only one of three fillies who have won the Belmont Stakes and she won 7 of the 11 races she participated in throughout her career.

This monumental moment in Belmont Stakes history was held on the grounds of Belmont Park which is where the race is still held to this day. The English-bred colt, Johren, who was owned by and bred by Harry Payne Whitney, won the 1918 Belmont Stakes by two lengths. Johren won 9 out of his 22 starts, and a handful of those victories came in the year of 1918.

Forward Pass, the winner of the 1968 Preakness Stakes, was favored to win at the Belmont Stakes. He took the lead for the first part of the race but Stage Door Johnny past the front-runner to win by 1 ¼ lengths. This victory was extremely popular among the crowd of 54,654 because Stage Door Johnny was owned by Greentree Stable, which was run by John Hat Whitney and Joan Whitney Payson the niece and nephew of Harry Payne Whitney.

This victory built a bridge between the 50th and 100th Belmont Stakes through the Whitney family and 50 years later, fans are wondering the 150th anniversary will link itself to the past. Will another Filly win? Will there be another Triple Crown™ contender?

Whit-ness History at the 150th Anniversary of the Belmont Stakes

Gold Package Highlight: Guests of the Gold Clubhouse will experience a bird’s-eye view of the track in its entirety and witness the thrilling finish from the third-floor seating area. With third floor clubhouse access, Gold Ticket holders will be stationed at the perfect vantage point to view a history-making finish.

Belmont Experiences is the Official Experience Provider for the Belmont Stakes, offering a variety of premium ticket packages that will be sure to meet all your needs. Packages come complete with VIP hospitality in The Diamond Room at The North Shore Terrace, the option to add accommodations and other insider extras you cannot obtain anywhere else! Click below for more information: