Belmont is the greatest test of stamina for thoroughbred racehorses, coined the "Test of the Champion". At a mile-and-a-half, the track at Belmont Park turns a sport focused on speed into one that equally values stamina and fortitude.

But the Triple Crown™ adds unmatched value to the race, giving it a meaning that goes beyond the two-and-a-half minute sprint. So when ranking the greatest Belmont Winners of all-time, we have to consider not only the race that took place, but the historical significance and implications of the result.

Top 5 Belmont Stakes Winners of All

There's a trend at the top of this list — horses who become known as road blocks to history. In fact, the first two horses we're discussing are Belmont winners that prevented potential Triple Crown™ winners from crossing the finish line first.

But Easy Goer is more than just a party pooper; he's a horse that holds the second fastest time in Belmont Stakes history. Easy Goer usurped rival Sunday Silence after the first turn of the race and then shot in front of the pack down the rest of the stretch. He defeated Sunday Silence by eight lengths, proving himself to be as dangerous a horse as the potential Triple Crown™ winner was.

Sometimes the person that rains on someone's parade gets to have a parade of their own. That's the story behind the 1998 Belmont Stakes, where Victory Gallop ended the Triple Crown™ dreams of Bob Baffert's Real Quiet.

On paper this was just a tale of another horse failing to win the third race of the treble, but it's much more than that. Real Quiet was Baffert's star horse, and was considered a shoe in to end the then-20 year Triple Crown™ drought.

And up until the final furlong, it looked like Real Quiet was the chosen one. With a four length lead by the eighth pole, newspapers were already being printed praising the performance of the soon-to-be Triple Crown™ winner —  but the headlines needed to be rewritten.

Victory Gallop turned up to another gear, chasing after Real Quiet and making a surge towards first. As the two steeds raced down the final stretch, it was like they merged into one. As they both crossed the finish line in unison, nobody in attendance knew who won.

But after Victory Gallop's number was put up in the first place spot on the leader board, the realization hit that the Triple Crown™ drought was to continue.

While a monumental and important victory at the time for Victory Gallop, the results of this race were met with a collective sigh in the seconds after its conclusion.

This race will go down as the most heart stopping Triple Crown™ win in Belmont Stakes history.

With Affirmed aiming to win the Triple Crown™ on this Saturday in 1978, his arch-rival Alydar had a plan to spoil the celebration.

The two shot out of the gate quickly, immediately signifying that this race was going to come down to the duo. As the two pushed down the track, Affirmed kept the pace while Alydar shot his head in front on a handful of occasions. As they approached the final stretch, it was anyone's race.

Through what spectators called sheer heart, Affirmed battled his way down the final stretch and beat Alydar by a head, earning him the Triple Crown™  and horse racing immortality.

As the celebration ensued for the victor, it also began the start of the longest Triple Crown™ drought in history.

"American Pharoah is finally the one!"

What's better than the horse that starts a drought? Well, it's the one that ends it. After 37 long years of zero Triple Crown™ winners, American Pharaoh busted into the public eye after torching through the competition at all three legs of the treble. And it wasn't a wait void of drama. Between Affirmed and Pharaoh, 13 horses had gone to Belmont Park in search of the third jewel, and all 13 failed.

And while this may be revisionist history, American Pharaoh felt different. This horse gave off the aura of an athlete that was able to adapt to any weather or track condition given the circumstances.

The realization that Pharaoh might be the chosen one to break the drought came when he took a two length lead at the top of the stretch. As the pack approached the final furlong, it looked to be a fate sealed by destiny. American Pharaoh held onto the lead and was consistently putting together picture-perfect strides as he approached the finish line.

The roar from the crowd was something else, as if it was the collected outpouring of emotion from every onlooker who had spent the first weekend of June at Belmont Park for the past 37 years.

When you wonder why Secretariat is a household name when it comes to thoroughbred racing, refer back to this sprint.

At the time, it had been 25 years since a horse had won the Triple Crown™, a stretch many feared wouldn't be broken as the sport was evolving year over year. But then came arguably the most gifted racehorse of all time.

Secretariat shot out of the gate, dueling with competitor Sham on the rail through the first half of the race. The two were neck and neck, accomplishing the fastest half mile in Belmont Stakes history along the way. As the race reached its second half, Sham gassed out while Secretariat seemed to almost have a full tank of gas left.

He stretched out to a 11 length lead... then 18... then 22... and ultimately finished the race 31 lengths further than runner-up Twice a Prince. The Triple Crown™ was back in vogue.

Secretariat set the Belmont Stakes record by running a 2:24.00, and also broke the American record for the mile-and-a-half length on dirt. 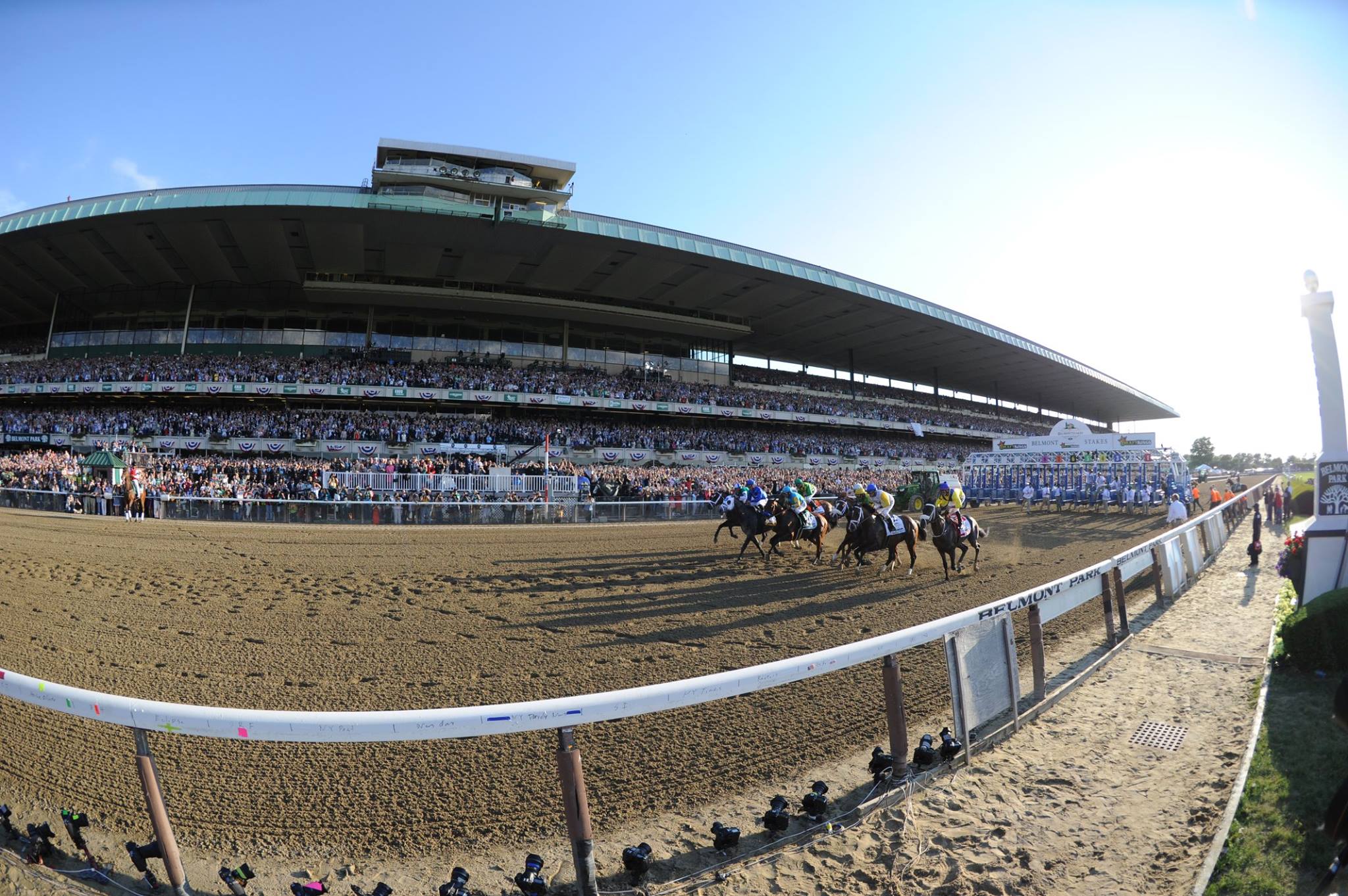 Book your Spot at the 2019 Belmont Stakes