Belmont Stakes: What Differentiates It from Rest of the Triple Crown

We've already discussed why you should attend the Belmont Stakes, but we still have yet to drive home what really makes this race different from its Triple Crown™ counterparts. While it's often grouped together with the other treble sprints, the Belmont Stakes has unique merit and value that helps differentiate it from the rest. While it is seen as one of three, it carries enough weight to stand truly on its own.

And while we can just tell you this, it's better for us to show why the Belmont Stakes is such a unique, high-profile race.

Saying that the Belmont Stakes is run at a length of 1 1/2 miles doesn't mean a lot out of context. But when given the knowledge that it is not only the longest of the Triple Crown races, but also the longest American dirt race in all of thoroughbred racing, the significance starts to reveal itself.

While the Kentucky Derby® is the most prestigious of the trio of races, the Belmont Stakes is undoubtedly the hardest test in the three-year old calendar. An extra 1/4 of a mile doesn't seem like too drastic of a change for many, but it completely alters the way that jockeys and trainers prepare for Belmont Park. The extended distance turns the Belmont Stakes more into a game of survival than one of skill.

With few races around the world being run at the length of the Belmont Stakes, fewer and fewer horses are being bred to run at that rate, which makes sense strategically. Why breed a horse for a length that it could potentially only run at once in its career? But still, when attempting to tackle the dirt track at Belmont Park, a horse and jockey know that they are about to climb the biggest hill of their careers.

More science and aspects of a true sport go into the Belmont Stakes than any other race. And that's not because of any superiority over other sprints, its just simply a reality of what the grueling distance does to a horse. A trainer and jockey are sending their prized steeds into the abyss for the first time and hoping that they can handle the pressure of uncharted waters.

A Display of Stamina and Perseverance

Keeping within the theme of length, it's also important to put the entire horse racing season into context when discussing the Belmont Stakes. The three Triple Crown races are run within a span of five weeks, and while the treble is often not on the table going into the third competition, it's common for a horse to race in two or all three of the Triple Crown races during the season.

And in a sport where your lifespan can be limited to a year or two at your prime due to over exhaustion and injury, it almost seems cruel to leave the longest race as the finale of a three-year-old's summer season. But that's why it's known as the "Test of the Champion".

If a horse has raced in the Kentucky Derby or Preakness Stakes, or both, and is willing to enter the Belmont Stakes as well — it better be ready for the fight of its life if it hopes to come out on top. The summer is the most grueling part of a three-year-old's journey, and many are already looking forward to the little dip in the season between Belmont and the fall for a chance at rest.

But a horse that wins at Belmont has proven to be able to be put into the fire and come out stronger than before.

There are also the small, traditional differences that separate the Belmont Stakes from other races on the calendar.

With more of a focus on racing than rather the event itself, the dress code for Belmont is less festive than at Churchill Downs®, while still maintaining an upper class style.

Also, instead of a carnation of roses, the winner of the Belmont Stakes is draped in a 40-pound blanket made up of 700 white carnations. This gives Belmont its second nickname — the "Run for Carnations".

Lastly, there's Belmont Park itself. The historic New York racetrack has held the Belmont Stakes since 1905 and has become a sporting staple of the Northeast over the last century. Belmont's infield is bigger than that of Churchill Downs, but this is due on part to the lengthier track.

“We believe we have the biggest and best sports arena in the world.” —Edward Dickinson, former NYRA President 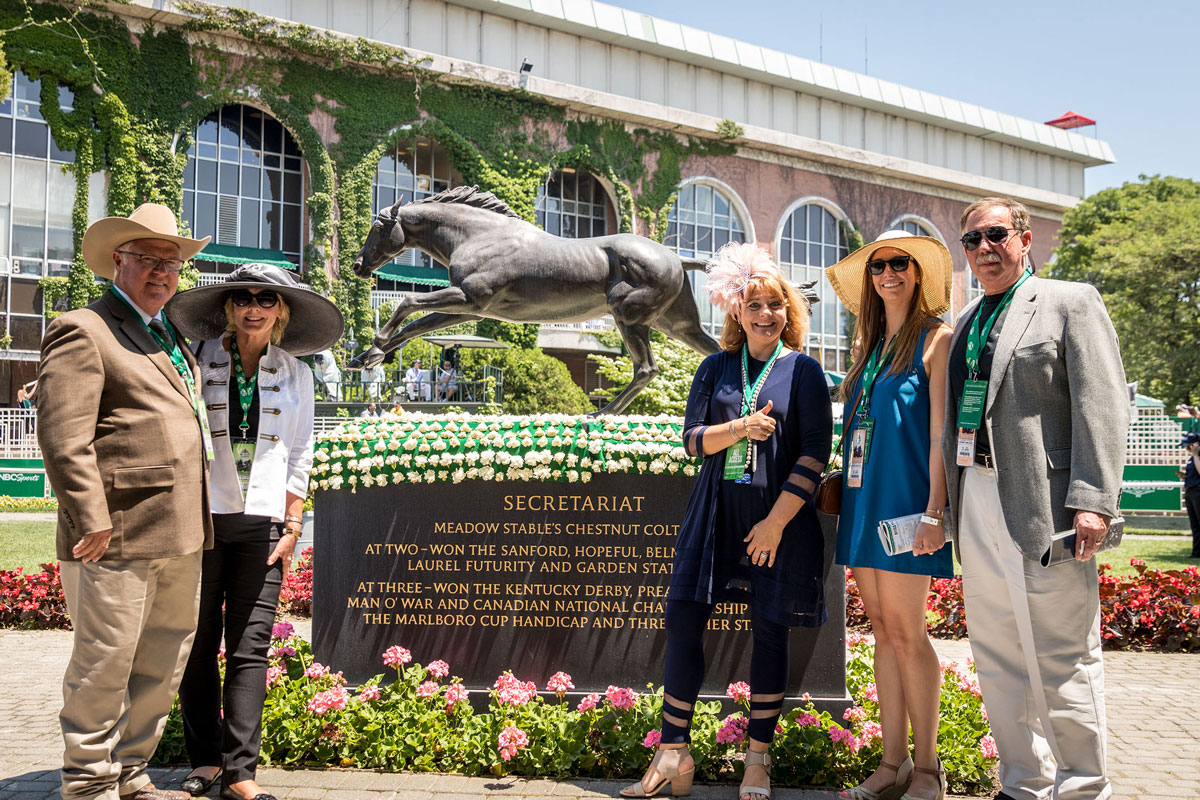 Get an Official Ticket Package to the 2020 Belmont Stakes

The mystique and history of the Belmont Stakes is something to witness firsthand. Be at the toughest race of the 2020 thoroughbred racing season with an Official Ticket Package from Belmont Experiences.