The third and final leg of the illustrious Triple Crown™, the Belmont Stakes is a true test of a champion. Ran over one-and-half-miles, the race is one of America’s most highly-anticipated of the racing calendar. Named after leading banker and racing man of the 19th century August Belmont, the Belmont Stakes is held five weeks after the Kentucky Derby and three weeks after the Preakness Stakes.

First inaugurated in 1867, the Belmont Stakes initially took place at Jerome Park from 1867 to 1889, before moving to its current home in 1905 with the opening of Belmont Park in Elmont, NY.

The longest of all three Triple Crown™ races, the Belmont Stakes is unpredictable. It is a test of guts and stamina. While many have gone in search of immortality here and the coveted Triple Crown (34 horses were eligible), just 12 horses have completed the rarest of American sporting successes.

At Belmont Park, horses must be bred to run the extra distance. At 1.5 miles-in-length, it is one of the longest first-class races in the United States.

Down through the years, the hallowed turf has seen it all. From Secretariat’s record-breaking act of sheer brilliance in 1973 when “moving like a tremendous machine”, Rags To Riches bridging a 102-year gap by becoming just the third filly to stride to victory in 2007, to 2015’s coronation of American Pharoah when becoming the 12th horse to win the Triple Crown™ following 37 years of a drought, few races compare when it comes to history, prestige or excitement.

Ahead of the 2017 Belmont Stakes, which takes place from June 8 -10 at Belmont Park, NY. Belmont Experiences will recount the story of our ten favorite successes at the “Run for the Carnations” for the next ten Wednesday’s leading up to race week.

A field of five horses with a Triple Crown™ title on the line, the 105th running of the Belmont Stakes had everyone on their feet. With a crowd of over 69,000 spectators, Secretariat vied to be the first Triple Crown™ winner in 25 years after finding immense form that year in both the Kentucky Derby® and Preakness Stakes.

Secretariat and Sham broke from the gate at a fast speed and completed the fastest opening half-mile stretch in Belmont Stakes history. What looked like was going to be a quick-paced, two-horse race, turned into Secretariat pulling to the lead after sixth furlongs and maintaining that lead throughout the race.

Secretariat went on to win the 1973 Belmont Stakes by  31 lengths and to this day still holds the record of both largest margin victory and fastest time for a mile and half on a dirt track.

“Belmont Park began to shake.  The whole place was on its feet.  Turning for home, Secretariat was 20 in front, having run the mile and a quarter in 1:59 flat, faster than his Derby time.“ said Sport’s Illustrated, Bill Nack 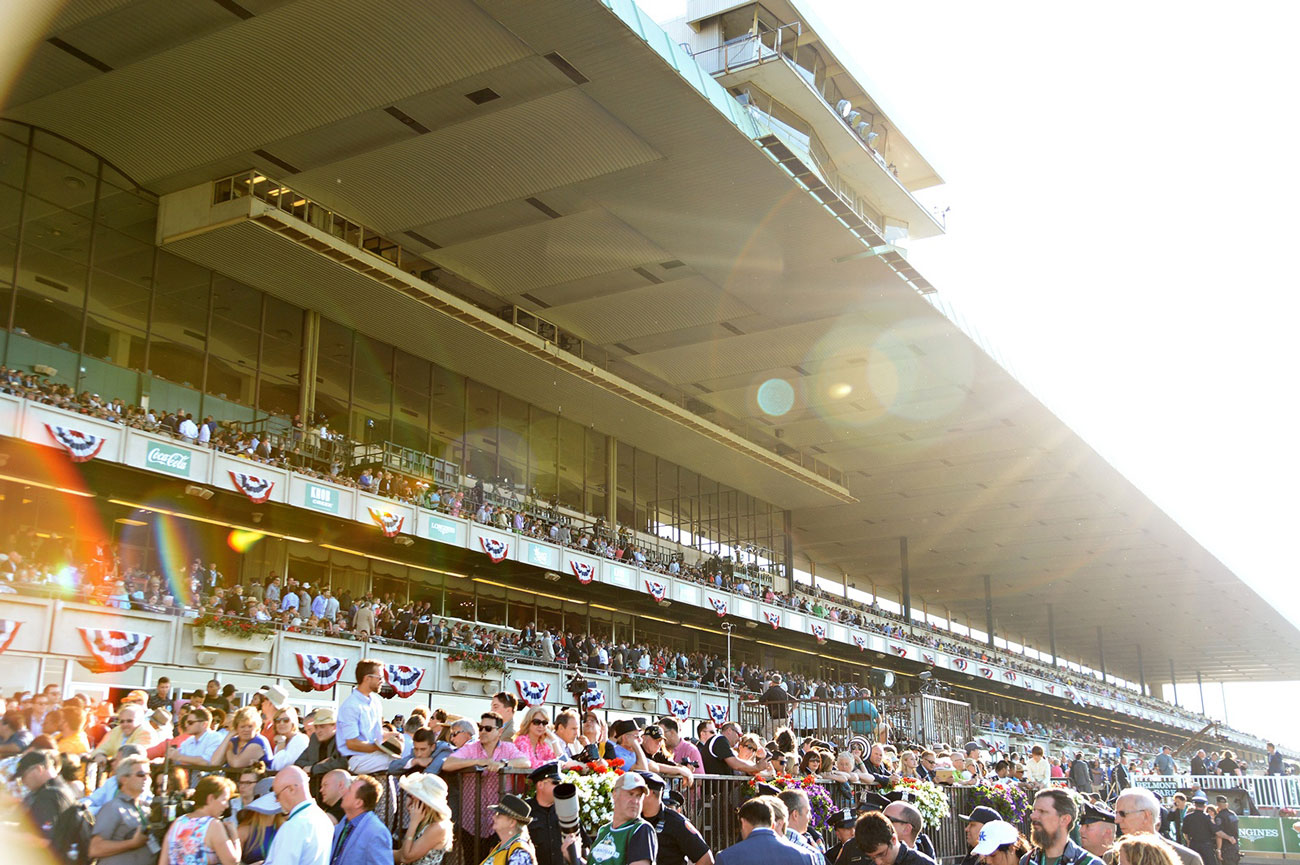 The Belmont Stakes is a true test of a champion. In 2017, make sure you are there to witness history in the making. With Belmont Experiences, the Official Experience Provider for the Belmont Stakes, race fans will be able to enjoy all-encompassing views of the track.

Complete with access to our in-track, climate-controlled hospitality setting in The Diamond Room at North Shore Terrace, guests will enjoy gourmet food buffets, a premium open bar, live entertainment, legendary jockey appearances, and big-screen televisions with full race day coverage that ensure you’ll be in the most festive and exciting venue for the 2017 Belmont Stakes.